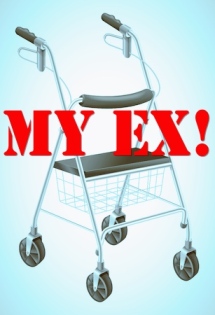 Having been a “solo act” for a little over a week, I’m ready to – knock on wood – announce my new status! The occasion of our break-up was simple: in a miraculous burst of post-DBS reality, I came to the realization that my shiny blue walker had outlived his usefulness. At its genesis, our relationship stood a marriage of convenience. My inner stubborn mule protested his attentions – until it became abundantly clear my new friend offered benefits! The rock by my side, he protected me from a precarious loss of balance, carried my packages…and my puppy, and offered a spare seat on a desolate stretch of street.

Now that I’ve left my walker by the wayside, I find myself in a strange new reality. At times, I reach for him as I leave my apartment. After all, over the course of 2+ years, his constant companionship became a force of habit and, I’ll admit, a bit of a safety blanket. Life without him may be strange but it’s neither cold nor empty. Not quite used to navigating the local terrain without my hot wheels, I instinctively head towards ramped walkways when stairs have pleasantly become an option. Mind you, my gait still has its quirks and I entertain an unfounded concern that the full force of my involuntary movements will return.

Now that I’ve gone solo, there’s no turning back. Indeed, in a bizarre psychological conspiracy perpetuated by my feet, my brain and my “ex,” a dalliance with my walker actually makes my Dystonia worse!